So now more Feb White Dwarf images are popping up. Like the new monsters called Slaughterbeast and Mutalith Vortex Beast, Dragon Ogres and a new chariot variant called Gorebeast Chariot, Throgg, Vilitch and more. Many thanks to Kuffeh who shared  the links to these pictures. Enjoy.


Comment: I like most of the stuff actually. I like both the beasts although the Vortex Beast most, the Dragon Ogres looks really good in my opinion, which is awesome as I didn't have high hopes for them after reading 75Hastings69 rumours. A little bit unsure about the Chariot and the Gorebeast, a little odd looking plating I think but other than that quite nice. Forsaken is kind of hard too see here but not that impressed by them either but should make a good kitbash for Warriors if not fielded as Forsaken. I don't know what I think about Throgg, I like it I think but he also looks odd in some kind of way. Vilitch I liked quite much, even if he didn't really look like the artwork in the 7ed book. For last the Chaos Lord, I like the model, especially that it's in plastic and not Finecast, I will probably do an head swap on him though.

All in all I like what I'm seeing, and I think when seeing them in the flesh and with your paint on them they will look even better, damn I will be poor the coming future :.(.
Written by SpaceCowboy at 19:53 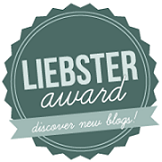